There is a huge shift happening right now and it’s pretty damn exciting. Many people are becoming more open to the unknown and searching for ways to become more spiritual, even if they have reservations or blocks when it comes to organized religion.

I’m writing this because over the years, I have found that this is an area that a lot of people struggle with in silence. Many completely write off the possibility of having a spiritual practice if they have religious reservations and it doesn’t have to be that way.

On the other side, I’ve found that some who are deeply religious avoid being open to spiritual activities like meditation, energy work (like Chakra balancing or Reiki) or even yoga because they fear it conflicts with their beliefs. I’m not here to tell you what is right or wrong. I simply want to share my own experiences and let you know that no matter what you believe, you can have a meaningful spiritual life.

No matter what you believe, anyone can have a meaningful spiritual life

I have nothing at all against organized religion, my daughter goes to a Catholic school and I wouldn’t have it any other way. I also see the importance in allowing her to learn about other faiths and non-religious spirituality though, then choosing her own beliefs. While I had a similar upbringing, I never quite felt the deep spiritual connection there that I yearned for.

I didn’t even know I was yearning for a deep spiritual connection until I found one and realized it was the missing puzzle piece.

Growing up, I felt a lot of shame and guilt. Religion is beautiful, all of them. Believing in something greater than yourself is one of the deepest, profound actions someone can take. However, I found my “God” didn’t fit into a box. I spent years feeling like a fraud, there were parts of Catholicism that resonated with me, but others that really didn’t. I’ll be the first to say, I am not a good Catholic.

I have spent hours psychoanalyzing religion, the meaning of life, and God. It usually would lead to a dark and depressing place and I’d feel more confused and depressed than ever. It wasn’t until I was introduced to the notion that it’s okay not to put your Higher Power into a box that I was really able to start a deep and meaningful spiritual connection.

I found that my blocks weren’t that I lacked faith in something bigger than myself; it was the way I perceived it that created a barrier, blocking my soul from really thriving.

Letting go of any human influence and simply allowing myself to tap in to the message of my Higher Power (or whatever you choose to address it as), removed barriers, opened doors, and allowed me to be nurtured in ways I had never known possible.

My Higher Power and I have a working relationship today. My heart has finally made the connection with my brain accepting that I don’t have to define God, put it into a box, or even try to understand. I’m not God or even on the same plane of existence as God. The human mind trying to understand God completely, to me, feels like trying to drive a desk lamp. My human brain isn’t on that level and that’s okay.

When I become open and receptive, my Higher Power communicates with my soul and guides me in ways that my brain isn’t meant to fully understand.

Over the past years, I have talked with many people who have felt the same way. It’s heartbreaking that so many of us miss out on having spiritual health because of being hung up on our own blocks with religion. For many, they find spirituality through their religious beliefs. If you struggle with religion though, it doesn’t mean that being spiritually fit isn’t possible.

Today, I pray and meditate daily. My daily routine is firmly grounded in my spiritual connection. I have a hard time believing that my Higher Power wants me to be disconnected because I don’t find that my beliefs fit into a box.

Meditation is a great way to become spiritually connected, regardless of whether you have religious affiliations or not. If you’ve never tried it, or struggle to meditate, I’ve provided a free 3 minute meditation for you below.

Have you ever struggled in your faith? What actions have you taken to move past it? Share in the comments below! 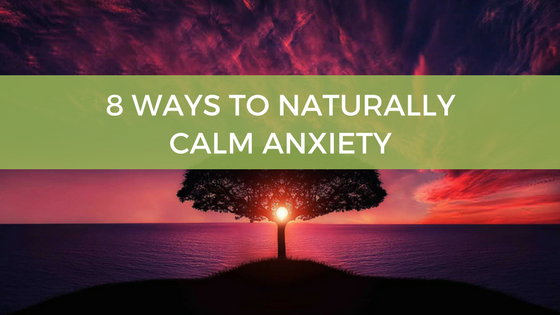 END_OF_DOCUMENT_TOKEN_TO_BE_REPLACED

Detox... it's almost a dirty word these days. Detoxification is more than just a fad, it's completely valid. If something is toxic, it's harmful... so it makes perfect sense that you'd want to make sure to remove anything harmful you may be subjected to,...

END_OF_DOCUMENT_TOKEN_TO_BE_REPLACED

You may have noticed that over the past few weeks I haven't been online much. There is good reason for it! I have been out living. I mean, going out on adventure after adventure, thrive, making up for lost time, filling my soul at the deepest level type of living. A...